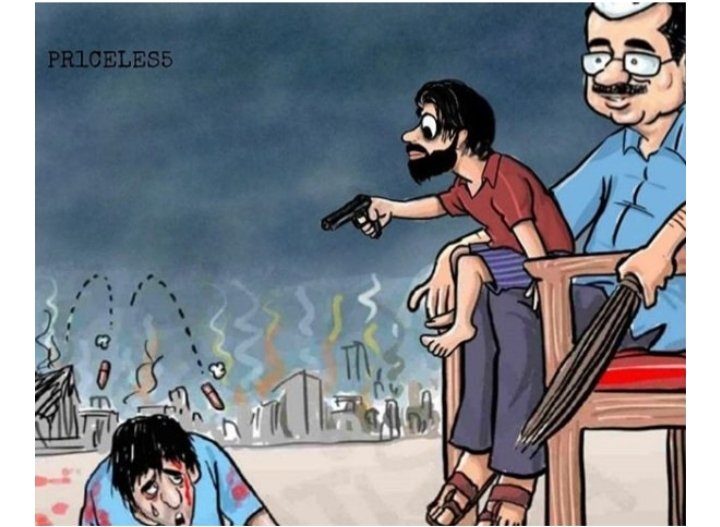 Twitter is a very happening place, and you can find all the popular topics and trends buzzing on it every second. While the place gives a lot of power for information dissemination, it has also become a trolling marathon where you can find celebrities and politicians being trolled for different things. On the related note, it becomes important to mention about the recent trend that is buzzing every Twitterati, well, we are talking about none other than the recently elected chief minister of New Delhi, Arvind Kejriwal.

Arvind Kejriwal has always been in the news for his decisions and statement, and this time its no different. He again became the favorite of Twitterati when his government decided to file the sedition case against Kanhaiya Kumar and Delhi riots.  Arvind Kejriwal has become the recent favorite of Netizens; he was heavily trolled by people using hashtag #Kejriwal_Is_A_Snake.   Here is a look at some of the popular response that was seen on Twitter:

One of the netizens trolled him stating that he can do anything to win the elections, here is a look at the Twitter response:

M telling everyone this man will do anything to win election #Kejriwal_Is_A_Snake pic.twitter.com/RJjtHkJlC7

Another Twitter user said that though people are blaming Kapil Mishra and Taahir Hussain for all the chaos and ruckus that was created in Delhi, nothing has been recovered from Kapil Mishra’s place. Here is a look what the troller had to say :

Tahir Hussain and Kapil Mishra: These are just two names .. but see the difference If 0.01% of the gunpowder have been captured from Kapil Mishra's house, yet the roads of the entire country would have been jammed with the demand of hanging of Kapil Mishra. #Kejriwal_is_a_snake

Trollers went ahead and trolled him, stating that Delhi was burning, and Kejriwal was sitting in Rajghat.

On one side @ArvindKejriwal was doing shanti March at Rajgarh,and on other side all Aaliya @AamAadmiParty were murdering Hindus and innocent ppl in delhi..#kejriwal_Involed_delhi_Riots #Kejriwal_Is_A_Snake https://t.co/BnnZV9sxh7

The next response directly said that Kejriwal is a snake hiding behind the innocent face. People should not go by his soft tone and innocent, he is the real culprit behind the violence.

One of the netizens said that Ankit Sharma was killed because he knew the truth about the Taahir Hussain.

Is this why #Kejriwal_Is_A_Snake #KejriwalMustResign trending? The ones who killed him are AAP supporters? pic.twitter.com/t3QIJtyQsd

One of the trollers said that Kejriwal used Kanniya Kumar to shred off from Delhi Riots20 blame.

If you are wondering what has made Arvind Kejriwal again come in the headlines, then let’s break the ice for you. We all know about Kanhaiya Kumar, who came in the news in 2016 for his anti-national statements in JNU. Arvind Kejriwal has always been questioned on his silence on Kanhaiya Kumar, but recently he broke all the odds and declared filing of a case against Kanhaiya Kumar. It was after this announcement that he was heavily trolled on the internet.

Delhi is coming back to the track, but the trollers have left no stone unturned to claim that Kejriwal has ruined the state. Most of the netizens believe that it was due to the lackadaisical nature of Arvind Kejriwal that Delhi witnessed the worst state in recent times.

What is your opinion on this, do you think Kejriwal is a snake, is he a wolf in disguise or there is some other story? Lets us know about the same by sharing your comments below.