How To Get Your Hashtag Trending On Twitter Easily 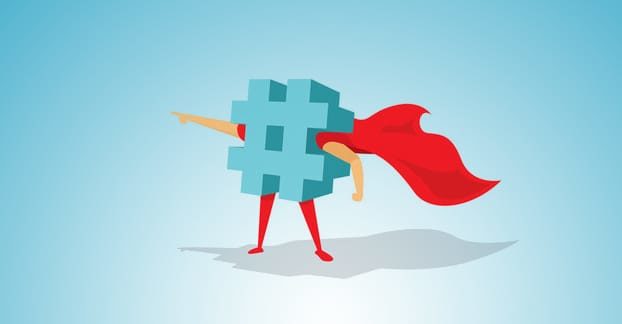 Twitter is still one of the world’s most popular social media sites. It’s a useful way to engage with your target market without having to spend hours creating content. There’s just one small thing – how do you get your tweet noticed?

And, by noticed, we don’t mean that your mom sees and reads it – thanks, mom. We mean that it actually starts trending and gets retweeted globally. Choose the right hashtag, and you’ll get a ton of attention.

Or, that’s how it works in theory. In reality, you might get lucky with your dream hashtag. But the odds are stacked against you. It’s not enough to come up with a hashtag and sit back and wait for the flood of traffic. You could be waiting a long time if you do.

You need to commit to going all out here. Creating a trend means being better than the other millions of users. You need a clear hashtag strategy to ensure that it gets the attention it deserves. Not sure where to start? Read on; we’ll go over how to become a hashtag ninja.

Start with a Great Topic

What topic do you know a lot about? What are you passionate about? To get this hashtag up and running is going to require a lot of posts and updates. That’s why it’s best to stick to something you know well.

If you need help, take a look at the twitter hashtags trending on this site. You’re not going to copy these, but use them for inspiration. It gives you insight into the matters that trouble people. Is there a way that you can offer a solution? Can you use this information to make your topic more relatable?

Your hashtag should be self-explanatory. Hashtags like #MeToo, are catchy. But if you saw it for the first time, would you understand the movement behind it? #ThrowbackThursday is a tag that is a lot clearer.

In the Twitterverse, this means an online group. Look for groups catering to your target users and invite them to join in. Spend some time looking for groups that would genuinely find your topic interesting.

You can invite them to share related content or have them chat with you on the site.

The reason that hashtags lose popularity is that no one provides updates. Imagine if, with the #MeToo movement, no one said anything. What happened instead was that several women, and even some men, came forward to tell their stories.

The upshot was that this topic remained firmly in the psyche because people kept adding new elements.

Tweet often, but never for the sake of tweeting. If you have nothing new to offer to the conversation, it’s best to let the hashtag die out. If you keep blasting your audience with bad or irrelevant content, they’ll mark you as a spammer.

Are you a person or an organization? You’re a real person, and your tweets should make that clear. Choose topics that are near to your heart, things that you’re passionate about. Is there something in your hometown, state, or country that you want to highlight?

Don’t be afraid of setting up a hashtag related to a specific location. When tweeting in this instance, keep it real. Speak as a local would and raise issues they’re concerned about. And then watch that hashtag start gaining ground.

Throw in some fun tweets here and there. Add some casually related topics to keep things fresh. Ask your followers questions to encourage them to use the hashtag and to get ideas for new content.

The road to Internet stardom is an exceptionally challenging one. Creating a trending hashtag could help with this journey. Why not start with something closer to home than tackling world issues? You might be surprised how useful it can be to narrow the topic as much as possible.