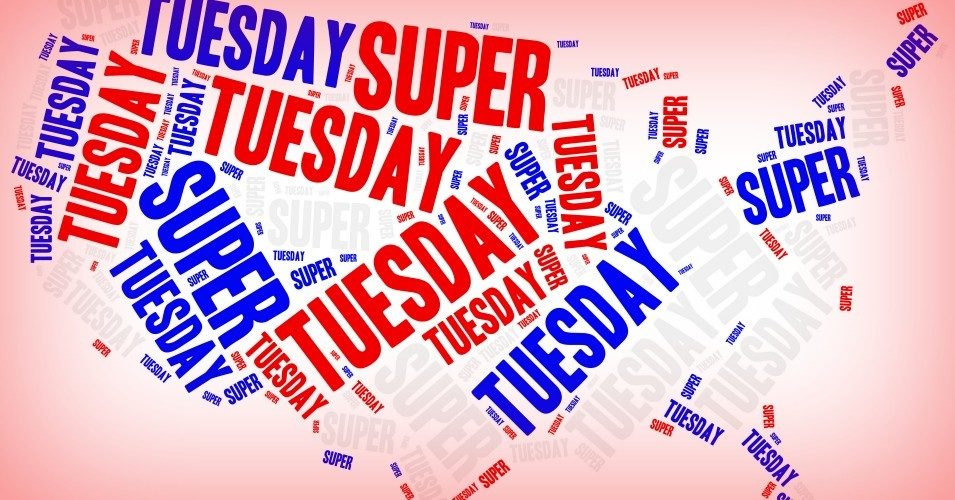 3rd March 2020 is the day when voters across 14 states and 1 territory in the US vote together.  This will decide who will be the Democratic presidential candidate this year. Super Tuesday is the largest day of voting in the US as most states hold primaries and caucuses. On this day, the most number of voters in the country will cast their votes. Most delegates will be allotted to candidates too this Super Tuesday.

Sen. Bernie Sanders and former vice president Joe Biden, along with 3 other candidates are fighting for the top spot. #SuperTuesday began trending on Twitter along with #VoteForBernie.

Super Tuesday has been a national event in the US for a while. The very first Super Tuesday was held in 1988 when 20 states (mostly southern) participated in the voting.

Take a look at this quick #SuperTuesday video posted by @GeorgeTakei.

If you live in a #SuperTuesday state, don't forget to make your voice heard today, friends. Who are you supporting in the primary? pic.twitter.com/yjIWbItbhG

There are a total of 5 candidates fighting for the candidacy. However, the fight seems to be head-on between Bernie Sanders and Joe Biden. Here’s a funny video posted by @PaulLidicul depicting Biden’s unexpected comeback.

Many Twitter users were seen supporting Bernie Sanders with their tweets.

Even artists came forward to support Bernie owing to the #NotMeUs movement.

We're proud to release the first video of our new series "The Involved," celebrating those who are helping make the @BernieSanders movement succeed. Let's win this thing. #SuperTuesday pic.twitter.com/dEzgortwkn

Even some folks from the UK came forward with their support for Bernie on Super Tuesday.

To all my friends in the US.

We blew our chance in the UK, don’t blow yours.

You are on the cusp of something very special.

Here’s a super cute dog @coconutricebear with its own share of enthusiasm supporting Elizabeth Warren.

I’m voting for @ewarren today, but whoever you support, go vote! #SuperTuesday pic.twitter.com/4JFh3VCpnO

You may notice many voters supporting Bernie. That is because he seems to be the only candidate with a plan for universal healthcare. While other candidates either disagree with healthcare for all or deny healthcare to the old, Bernie’s plan provides Medicare for all.

Check out the video below that talks about the healthcare issue in the US.

Senator @BernieSanders is the only candidate running with a plan for universal health care. #SuperTuesdaypic.twitter.com/x4GO7aV6sr

Bernie does not just prioritize healthcare issues. According to this tweet, Bernie is also concerned about climate change, LGBTQ rights, income equality, and various important issues.

Not bc he’s perfect.

But because from Standing Rock, to climate change, to LGBTQ rights, to income inequity he’s been the most consistent candidate on the issues that I care about.

News channels too are covering the event with great enthusiasm. Amidst all the talks about how the voting is proceeding, some out of the ordinary happenings unfolded too. Let us show you a short clip from Fox News. Here you can see Donna Brazile commenting on Republican Chairwoman.

Amidst the high voltage election show, @RandyRainbow came up with yet another entertaining video. We thought you would love to watch it.

Super Tuesday is going to be one of the most important days of the primary season this year. More than 30% of the pledged delegates, that is around 1300 delegates are up for grab on this day. Till now, votes have already been cast in 4 states. – Iowa, New Hampshire, Nevada and South Carolina with just 155 delegates being awarded.

Who do you think will win the Presidential nomination from the 5 Democrat candidates? Let us know.