Enable 2-step verification to protect your account from hijacking. 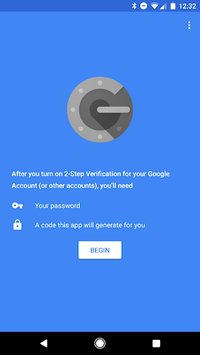 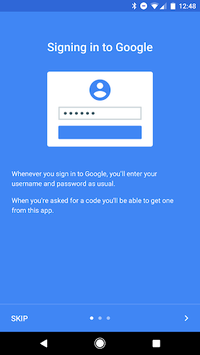 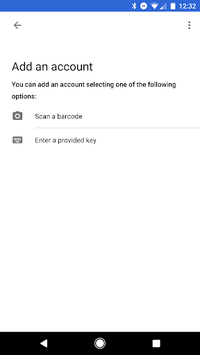 Although the app works, it is clear that not much UX testing was done. The basic stuff, such as filtering or sorting the lists, is missing. It can be time-consuming and error-prone to go through so many accounts in order to locate the correct one. I would have expected more.

It is easy to use. You can reorder tokens by using a lengthy hold and drag. The "tap to reveal", which just removed the tokens, was very nice. That was very useful. I have a lot of tokens and carry them on several devices. It's time to bring it back. It should have the ability to be turned on. It's fine.

It used to work fine. If you have multiple applications, tapping to reveal codes can be very inconvenient. My app opened three times and it behaved as if it were my first. All my accounts disappeared. You shouldn't have any stability problems using an app from the Google app store, however, it worked for me. Edit: It doesn't appear that I need to tap codes right now. We are grateful!

It's surprising how light and minimal the features are for a Google App. Although I do not experience the same lagging problems as others, it is really strange that the alphabetical sorting option doesn't exist. I have to remember the order I put the entries in so that I can tell if the app I want is at the top or bottom. Add sorting options and a quick search.

Recently changed currency is almost unusable. Even though time-based tokens are not as easy to find, they work well. Counter-based tokens, however, are invisible. This can be avoided by pressing the arrow and long-pressing to create a token. Then, I will need to paste the pin into an app so that I can view it. However, this can take a lot of time and is cumbersome.

It's horrible, no matter what the last update was. The app is now completely open, but it's now white for 10 seconds. After that the items list appears. To reveal this strange pseudo-security feature, you must tap on "Reveal". The list will be updated even if you go back to it from another device. It takes about 5 seconds to populate.

Recent changes to the app have made it slow and unstable. The app was very simple and efficient in the past. It is now impossible to drag and drop codes alphabetically without the lag rendering the experience unbearable. This app behaves in this manner on three different devices. Developers must either correct the problem immediately or restore the app to its previous state. I am looking into another 2FA option.

Update Garbage Now with the "click to reveal". It takes a long time to respond and open. Let's not forget about something that works. This feature is supposed to protect against an attack, but it must be functional before it can be deployed. It is currently painfully slow to react. It seems that there are many issues and some people have no problems. These issues must have been caused by a conflicting app that makes the app difficult to use.

The Tap to Reveal function is a great feature. This hides code that aren't necessary at the moment. It is safer when used in crowds. It is possible to bring it back, possibly as an option that users can choose. However, the app should still run well. It seems like many people were complaining about the slow performance of the feature.

The Tap to Reveal function is a great feature. This hides code that aren't necessary at the moment. It is safer when it's in close proximity to people. It is important that you bring it back, while still maintaining a good performance. It seems like many people were complaining about the slow performance of the app.

This latest update has terrible bugs. Now the app runs slow. It's a hassle to use the "Click to Reveal PIN" function, and there is no way to disable it. It's not possible to lock your app using biometrics, as Microsoft has. There is also no way to backup in the event that you lose or die with your phone (no transfer of data to another device).

The original Authenticator was great. But it's terrible now. The app takes forever to load. It takes 5 seconds for the app to load, including up to 10 when you scroll through codes. Then, it freezes and takes almost 10 seconds to load. You only have 20 seconds before it crashes. The click to reveal code is not helpful. The site is slow to load and, overall, it's a horrible experience. Side note: If your phone is lost, there are no chances of getting it back.

Although the app was once a great app, the latest update makes it slow. It takes between 5-10 seconds just to open it, while codes refresh freezes the app for several seconds. It now takes an extra step to unlock your codes, which can slow down log-in processes significantly, particularly if you use the app several times per day. Although it was a seamless experience in the past, this adds an unnecessary speed boost to your day. I will be exploring other 2FA applications soon.

This app is useless, ineffective, and meaningless. You can't move data between phones. This is what happened: I accidentally broke the display on the phone that I have multiple accounts linked to the app. Even though the authentication was on my previous phone's display, I can't access the backup or restore the data from the new phone. What's the point of app data being backed-up to Google if it's not possible to restore an item like this?

The last update was terrible. The app is extremely slow, and it's barely usable right now. It takes over 30 seconds for the app to open. The list is constantly frozen while you scroll through it. It will stop working after a certain time, and then freeze for 10 seconds. You have only 20 seconds left to type it. I finally tested the export function. It does not export to file for offline back up as that implies, but only device to device. I now have the blue banner at the top with no way of clearing it.

How to install Google Authenticator app for Windows 10 / 11

Now, you will be able to setup and run Google Authenticator on your Computer via the emulator.